What´s the end-game in the ”Zoom-business”? It´s not Zoom. Not Microsoft Teams. Not Google Meet. It is not even Cisco Webex. They all are just wrong. So, stop thinking about all these solutions. Here is what to put the eyeballs on instead. And what will happen the upcoming years with this business.

Why has Zoom grown so fast? One obvious reason was that it had a low barrier to start – just click. But, to people that now have used Zoom for a while, they know that “break-out-rooms” are important. A virtual background was also rather fun, but not the killer-feature. 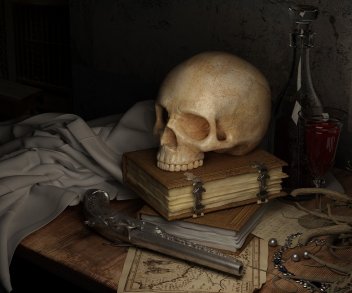 If running digital seminars with 30-100 people, break-out-rooms really bring value. Unless you just want to “broadcast yourself”, of course – then you don´t need it. But that is not a good idea with a group of this size ­– if you want people to stay awake that is.

Microsoft have now, finally, understood Zoom. They for instance have added virtual backgrounds and break-out-rooms into Teams, did happen during the end of this summer. Call it copying Zoom-features if you like. Probably works rather fine for them ­– so far. Lot of industry-people are fairly stuck with Microsoft, no matter what they seem to deliver.

Why did not Microsoft understand this already from the start? My guess: They mainly think about business-people, and “bussy people” would never like to have a virtual background, would they? Adding to that: How big groups do you normally have at work? It is seldom a group-size of 30 – 100. It is more like 10, and if working with 10 people what´s the big point of a break-out-room? You can get by with the old solution you already had, even the one you had before Corona.

It is no coincidence that universities took on Zoom. To a university-teacher a feature like break-out-rooms are quite useful. They have bigger groups. And virtual backgrounds are an obvious thing, if you are a student used to Facebook, Instagram, and not the least; love pranks and showing off.

It is more fun to show off in a crowd of 100 people, than towards the 10 people you already know.

How come so few business people even seem to use the chat-function embedded in Zoom?

But, is it like that, actually? Who said that work life has no prank-desire and no interest in showing off? Who said industry do not need engaged people? Teams now embedding these features give the answer.

What young people love, and occasionally have understood the big point by, seem to spread to the old generation nowadays, we have seen it happen before.

Does this mean that Zoom and all its features, the way we have it today, no matter if the supplier is called “Zoom” or not, is the end-point here? Of course not.

No coincidence that the founder of Coursera, the big US-based MOOC-platform, Daphne Koller, released a new venture as recent as last week. It is already called a “Zoom-killer”. Its name is Engageli. Lets call them “Zoom 2.0”.

What’s the point by Engageli? Well, they for instance have taken break-out-rooms one step further, by making it possible to chitchat in your own small group, and work jointly, “whiteboard-look-a-like-solutions”.

Expected, wasn’t it? At least it was expected to the ones of us that already have used Zoom for a while. We need it. We would use it, if it existed within Zoom at this moment. But it doesn’t. Yet, perhaps? My guess; Zoom will fix this pretty soon. They have to.

But let´s pinpoint some other “problems” you might have when using Zoom and see what we can find.

Then try RockOutLoud by comparing it here with Zoom. Rather nice I must say. They do have a point. Side note: they market themselves via https://ikilledzoom.com/ and one have to admit; that is creative.

What else could your problems be when using Zoom at this moment? How about this list of issues you struggle with?

Relax. Nvidia, the company helping the self-driving-car-industry with its advanced AI-solutions, just released Maxine, a platform for developers of video-conferencing systems. They fix all these 7 things for you. Cool, isn’t it?

And do not now just smile at all this, because then you don’t really know how “serious high-tech” is spelled. I just said Nvidia, right? You know who they are, and what they normally do? This is not just newly graduated tech-savy students behind. Fixing the 7 issues I just mentioned, pretty difficult, actually.

Conclusion: the most obvious and basic problems by running software like Zoom at this moment is likely to be gone pretty soon. This development is fast, really fast. Thank you mr. Moore´s law.

What more would you like to have? Well, here is what I personally would like (note: this is my personal wish-list):

You might find this to be a small thing, but to me it is an extremely important thing. I need the first three minutes at Zoom to be interactive. Otherwise I will lose their attention. If I miss their attention; everything else just become pointless.

Have you noticed, by the way, how fast we tend to lose attention when running digital seminars, or participating at a digital management-meeting? Do you yourself manage to stay awake longer than, lets say 60 seconds?

Running great things digital is not difficult, it is extremely difficult.

You might also find this to be a small thing, but to me it is an extremely important thing simply because my “students” seem to post so many comments in the chat that I, and they, easily lose sight of what is happening. I don’t want them to be quiet you see. I want things to be interactive. And when they are: my chat becomes over-flooded. Nice, but still.

Try to keep up with 100 comments in less than 3 minutes and you know what this means.

Do you see where I am heading? I am heading in the direction of my own way of doing education.

So, jointly we are now gradually heading for a tremendously long list of “dream-features”, simply because we all do education differently.

When it comes down to details: there is not one single standard existing on “how to do education”.

How should then a solution like Zoom, or Microsoft Teams, or Google Meet, or Cisco Webex, or whoever actually, cope with all this? They cannot. The total list become far too long.

The only way to solve this problem would be if one of these actors existing at this moment started to think like “WordPress”.

WordPress has a library of solutions, developed by others, that I as a user of WordPress can chose among when I build by own website. Some of them cost me, others are for free. It´s just plug-and-play. It´s called “plug-ins”.

And this is important (by the way: no way WordPress would have become this big without their “library of plug-ins”).

So, either Zoom and all the other ones understand all this, and start opening up, or they will be gone in a couple of years. Who are they to know all features we could dream up? And who are they to be able to fix all of them by themselves?

The thing is: a big proportion of users of video conferencing systems, like Zoom, have now already become rather advanced, and they expect to get their own features. If Zoom and all the others don´t get that, educators will fix this by themselves. Somehow.

Remember life before Corona? Not all teachers used a “class-room” the same way as you did. Some even moved around chairs before starting. They neither did use their own laptop, when in the class-room, the same way as you, or I, did. People even use PowerPoint differently.

The only one that seem to have understood this is Nvidia. They have created a platform for others to use. The keyword is “platform”. Lets call it “Zoom 3.0”. So, if I at this moment would bet on any of the existing “Video-conferencing-systems” to earn good money in a couple of years from now, it would be none of them, but Nvidia.

If you put digital solutions in the hands of people, and all of them start to use it, heavily, some (even many) users mature far faster than one might think. And then, they expect more, for a good reason. It´s that simple.

And by the way; here is also an explanation to be found concerning why Mooc-platsforms like Coursera and EdX not have grown more than they have.

When they ones started they must have assumed that all education can be split into four different pieces of Lego. Video, Quizz, Text and Peer-Reviews (and perhaps also Discussion). Because that is the basic principles their LMS-systems are built upon (dont ask me what I then think about systems like Moodle, Canvas etc…same problem). And they have not developed much further than that since then. It is just to limited.

No way solutions like Zoom, the way we have it today, is the end-point here. At most, it was a starting point.

View all posts by Henrik Blomgren

Networks and friends up, admin-support and middle management down

Do not transform things into a digital format