Imagine I gave you the power of, let´s say a moon-lander. What would you be able to deliver? Quite a lot actually, not the least if you knew how to handle such kind of machine. How far could you then leverage yourself? All the way up to the moon, perhaps? Well, it depends on how you have acted, so far, and how you will act further on. And here is how I suggest you to act, if you want to end up in…well, why not go for Mars instead of the moon?

Did you notice that this was actually a pretty decent description of your own life of today? I´m just talking about you and your own laptop and smartphone.

Now, that this being the situation today is actually not particularly surprising, if we just take some distance to it. Because, during the last decades you have already seen it coming – it has gradually been sneaking upon us all for a very long time.

If just looking back a bit…

You for instance ones got a laptop, and then you started to type your own documents. And then you also started to book meetings yourself. And then somebody stopped answering your phone, on your behalf – instead you solved it yourself with the help of your emails. And during that road ahead you yourself have actually gradually taken over the jobs previously held by others, for instance your secretary.

I am talking about the kind of admin-support you probably never even have had, but could have had, if you had started your working-career some decades back.

So, with the simple help of your own laptop, and smartphone, you gradually actually have started to do the jobs of two people, three people, more people. And today, you are even able to do the job of hundreds of people. Because; you are not actually holding a moon-lander in your hand, anymore, it´s more like a super computer. 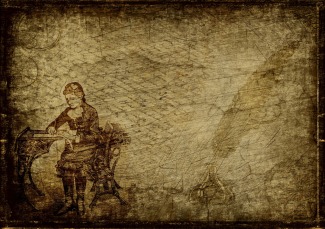 And during that road, your need for admin-support and middle manager has decreased. Maybe it is even nearly totally gone, already.

This is the underlying reason why admin-support and middle managers in the upcoming decades are jobs about to be disrupted, even though several of them already are gone – it´s not that common meeting the old kind of secretaries anymore. It´s their jobs, not yours, that are in the risk of being substituted for a digital solution the longer this digital development goes on.

It´s you, and the digital powers you hold in your hand, that did it, still does it, and have been doing it for a pretty long time actually.

-> A book on what digital power actually means

But this is also the underlying reason why we nowadays, already, can find a decent number of people in a country like USA working as “single individuals” – not employed at big corporations. The mere existence of a website called UpWork is a clear sign of it – it is a place where freelancers of all kinds can find a job. Its mere size is claimed to be comparable to the biggest consultancy firm on the globe nowadays, and it probably is. So, it´s not unique, at all, being a freelancer anymore. And in the future; it is very likely to be even less unique.

But what will the consequences of all this be?

-> A YouTube-clip on Disruptive Consulting

In the 2007 I got the opportunity to visit a kind of “Future-of-military-institute” in Boston, USA. It was mind-blowing. Because, what we could see was pictures of two kind of soldiers, out of none of them existed in real life at that point in time, but now they really do.

One kind of soldier was the one the ground. They were well-trained, not the least physically, in order to be able to carry, and utilize, all the digital equipment they were supposed to carry on their backs. The other kind of soldier was sitting in a bunker far, far, away. That solider was working more or less in an environment similar to what we find at web-hotels nowadays.

If you have seen TV-series like Homeland you know what I mean. In one end somebody down below, perhaps in Dallas, running the drones, remote, but being in continuous contact with the soldiers on the ground – “leading the troops”. In the other end, a soldier on ground doing the kind of job that was not possible to do remote, and in continuous contact with the people in Dallas.

The point is: there was no middle managers, at all. No captains so to speak. Backoffice and middle management was just, gone. Digital technology had substituted them.

So, this is the future of work we are about to expect to evolve even more than it already has. No middle managers. No admin-support. Organization only with tops and bottoms, so to speak…and lots of digital technology in between.

But what does this then mean for a single individual? 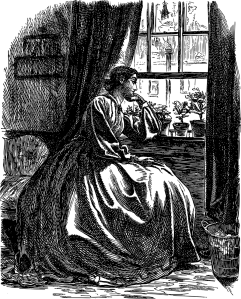 Well, if not having any friends, it becomes a somewhat lonely job. And if not having any colleagues, just working alone, even remote, no innovations will evolve. No drive, no energy. And in particular: no other impulses than from the few people you occasionally meet – and what you might be able to achieve via the web.

And this is the reason why your network is going to be your competitive edge in the future.

Take care of your friends!